Buy more and save!

On Demand  7
On Demand 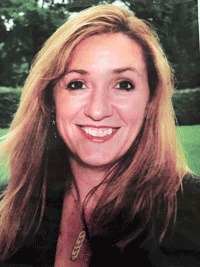 Dr. Mendez was awarded her Doctor of Osteopathic Medicine degree in 1996 from Nova-Southeastern University College of Osteopathic Medicine. She completed a three-year residency in Family Medicine at the U. S. Naval Hospital, Jacksonville, FL.  Her training was augmented by a two-year tour aboard the USS John F. Kennedy (CV67), where she served as the General Medical Officer as well as the Women's Health Officer for a crew of over 5,000 men and women.  She is Board Certified by the American Board of Family Medicine, having recently completed her first re-certification examination cycle.

She is currently in solo practice as the owner of Mendez Family Care, and employs one part time Nurse Practitioner and one Osteopathic physician to assist in providing full spectrum osteopathic family medicine in suburban Jacksonville, Florida.  Before going solo in 2006, she was an employee physician of Family Medical Centers after a stint with Baptist Primary Care in Ponte Vedra Beach, Florida. Additionally, she maintains active staff privileges at two local area hospitals.

Starting her military career in the Air Force in 1986, Dr. Mendez completed her military service in the U. S. Navy in 2003 after serving at the Marine Corps Air Station, Iwakuni, Japan. While there, she served in support of more than 3,000 active duty Marines, family members, and local citizens as an attending physician.  Additionally, she was the supervisory physician for eight Flight Surgeons, two General Medical Officers, as well as a cadre of Physician Assistants, and Independent Duty Corpsman.  She is currently also a Clinical Assistant Professor for the University of North Florida's Nurse Practitioner training programs, as well as a clinical preceptor for 3rd an 4th year Osteopathic Medical Students from NSU-COM and LECOM-Bradenton.

Dr. Mendez is a 2011 graduate of the Health Policy Fellowship Program, and is the Past Chair of the AOA Council of New Physicians in Practice. (the former Council of Young Physicians).  She currently serves as the Chair of the Council of Women's Health Issues, Chair of Council on Membership, member at large of the council on Governmental Affairs, and is a Key Contact Physician for the Florida Osteopathic Medical Association.  She has served as a delegate to the AOA House of Delegates for the last six years and actively participates in DO Day on Capitol Hill as well as Osteopathic Medicine Day in Tallahassee, having served as a Clinic Physician for the Florida State Senate for the last three years. In 2012, she was recognized as the Florida Osteopathic Medical Association Physician of the Year.

Dr. Mendez was appointed to the Board of Osteopathic Medicine in the Senate of the State of Florida and confirmed by the Senate for the term December 18th, 2013 ending October 31st 2016. Additionally she is a Fellow of the Federation of State Medical Boards.